Living in Norway working hard to become a Viking, originally I am from Breda, a lovely city in the south of the Netherlands, close to the Belgium border. 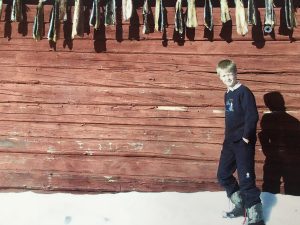 When I was about 7 years old my dad took me for the first time to the high arctic.

He’s a producer/location manager and knows the world as nobody else. He was running a production in northern Scandinavia, showed me the wilderness that remained there and introduced me to dogsledding, snowmobiles, moose hunters and so much else! Now years later I often think back to it and believe that this might have been the fundamental for my love for the north!